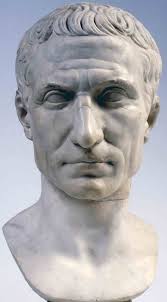 “By a mixture of personal charisma and political skill, the Caesars convinced the Roman people to relinquish their democratic rights in exchange for an implicit promise that autocratic rule would be in their interest.

The Tsars and the Kaisers who used the name of Caesar are gone yet the pernicious example of Caesar and his heirs continues to convince many that effective autocracy is superior to a dysfunctional democracy.

In effect the Julian-Claudian dynasty hijacked the government of Rome and turned the state into a personal possession. And they did this so effectively that the civil war which followed the death of the last Julian-Claudian emperor was not about whether to restore the Republic, but about who should now rule their Empire. To achieve this, the Julian-Claudians had to overcome the checks and balances built into the Republic by its founding fathers.”

From The Sons of Caesar: Imperial Rome’s First Dynasty, by Philip Matyszak