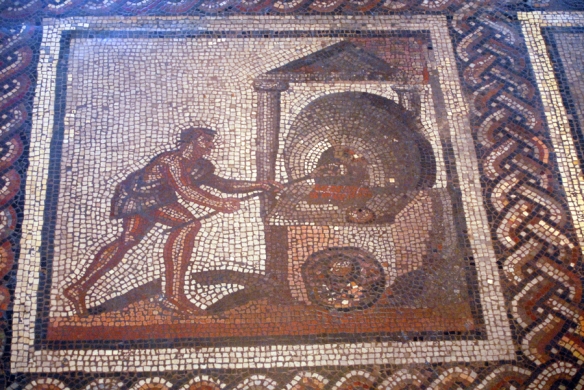 Third Century CE mosaic of a baker, from a series of scenes from the agricultural calendar at St. Romain-en-Gal, exhibited at the National Archaeological Museum of France, in Saint German-en-Laye. Photo courtesy of M. Fuller.

CVIII. On the conflict between pleasure and virtue

It is necessary that one grow accustomed to slender fare: because there are many problems of time and place which will cross the path of even of the rich man and one equipped for pleasure, and bring him up with a round turn. To have whatsoever he wishes is in no man’s power; it is in his power not to wish for what he has not, but cheerfully to employ what comes to him. A great step towards independence is a good-humoured stomach, one that is willing to endure rough treatment.