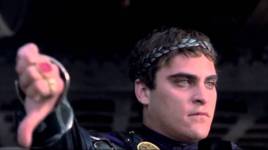 “The survival of an autocracy depends on the visible exercise of power by the autocrat himself; a democracy may be run by an abstract administrative entity (though even here figureheads are required), but an autocrat has to be seen to be actively in charge. Hence it is particularly important for him to embody the authority of the supreme purveyor of justice. A correlation has been made between the increasingly harsh penalties under the Empire and the absolutist trend in Roman government; so too the emperor is free to devise ingenious methods of ridding his empire of undesirable elements, inflating his charisma by the reincarnation of myth.”

From “Fatal Charades: Roman Executions Staged as Mythological Enactments,” by K.M. Coleman. In the Journal of Roman Studies, Volume 80, 1990.