Like a politician whose “views have evolved over the years,” my feelings about disco have undergone a transformation. The rallying cry of my adolescent cohort was DEATH BEFORE DISCO. Our obsession was hard driving, often British rock. A new release from Joe Jackson, Elvis Costello, the Police, the Clash, or the Talking Heads meant sitting on the floor for repeated listenings, immersing oneself in the record jacket (often black or florescent pink or green), memorizing the lyrics (often cynical), discovering who played bass (why on earth did I care who played bass?). We listened to this music as if our lives depended on it; we defended this music as if it were under attack. Other rock and pop —the Stones, Steely Dan, Linda Ronstadt— was practically in the water supply, and didn’t require one to actively seek it out or pledge allegiance to it.

But the soundtrack of the time, keeping everybody’s booty shaking, was the pulsating glitter of disco —tacky, vulgar and unavoidable since Saturday Night Fever, a movie whose preening, strutting misogyny made a deep and unwanted impression on me.

Donna Summer, in her heyday, dressed to moan

Many years, many pounds later: I have discovered that disco is an excellent motivator at the gym. Mind you, I don’t want to listen to it unless I’m suited up in lycra and strapped to a piece of equipment, when the mindless repetition of the music (Shake Shake Shake, More More More, Boogie Oogie Oogie) actually helps with the mindless repetition of the body on the machine, and drowns out whatever thumping techno yowling is currently pelting the gym. There is no better soundtrack to the skating machine than Keep It Coming, Love (KC and the Sunshine Band), Shake Your Groove Thing (Peaches and Herb), or More Than a Woman (the BeeGees), the very music I once disdained so strenuously. In fact, as tawdry as I found disco culture at the time, the music itself, and even the swaggering that surrounds it, retains an odd sweetness lo these many years later. The youthful bounce found especially at the intersection of disco and soul (e.g., Al Green, Barry White, Marvin Gaye, the Jackson 5) is very helpful when one has to kick one’s own ass around the gym. Here’s a great collection, if you need one. And check out To Disco, With Love, a kind of yearbook featuring all the ridiculous and over the top record jackets, recently published. 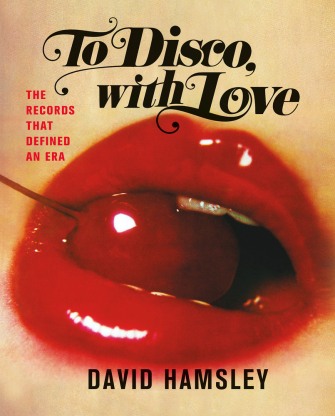 The flip side of obsessive listening

It is the 40th anniversary of the release of Bruce Springsteen’s Born to Run, whose track “Thunder Road” surely won “Most-listened-to album cut of 11th Grade” on my own turntable. Are you doing calculations to figure out my age? Your math is probably excellent, but it won’t be accurate: then, as now, I was years behind the times. Yes, even in my youth I was old.

I had to ban Born to Run for a while: I could no longer hear it. The flip side of the potency of the music from your youth is that the magic wears out if you listen to it too much. Part of the diminishing magic surely has to do with what has happened to both you and your rock star crush in the intervening years. Although Springsteen has fared surprisingly well: at 65, he continues to perform energetic four-hour stadium shows that are exhausting for audience members. He routinely releases new music, but to be honest, I don’t keep up with it. If I want that bopping around, obsessive adolescent crush feeling, it can’t be prompted by what or who I listened to as a teenager: “Thunder Road” simply reminds me how far away from an obsessive 11th-grader I really am. It has to be a new record, a new band.

Enter Fountains of Wayne, Teenage Fanclub and the Jayhawks —all “new” for me when I discovered them, sometime in the last decade or two. Now, what does it say that these new groups are all aging rock stars themselves? I was old 20 years ago, is what this says, but never mind: we are all getting closer to that Disc-o-mat in the sky.

The emotional intensity of the teenage brain

Is it just that music, like everything else when one is a teenager, is invested with a kind of intensity and importance that it just doesn’t have later in life, when one has so much more to do, and so much less energy? In his book, This Is Your Brain On Music, Daniel Levitin explores the scientific reasons behind the potency of music from one’s youth:

“Part of the reason we remember songs from our teenage years is because those years were times of self-discovery, and as a consequence, they were emotionally charged; in general, we tend to remember things that have an emotional component because our amygdala and neurotransmitters act in concert to “tag” the memories as something important… Also, our brains are developing and forming new connections at an explosive rate throughout adolescence, but this slows down substantially after our teenage years, the formative phase when our neural circuits become structured out of our experiences.”

This explains why my new music crushes are a pale facsimile of my teenage music crushes. I have no idea who is even in the band. Changes in how I listen to music have no doubt multiplied the muting effect. I used to have a physical relationship with music: mooning over record jackets, using stacks of records to do my homework on, struggling to fit 45 adaptors into singles, getting up to flip the record over, spending hours at Disc-o-mat. When CD technology arrived, with its diabolical packaging, and pointless booklets printed in 2-point type, I stopped reading the lyrics. With push-button CD players that held five CDs at a time, I was one step further removed from the music, but still visited HMV or Tower Records to flip through bins to acquire new music. CDs by mail via Amazon put those stores out of business, and took me one step further away from the music.

Now I have no physical music, other than the CDs and records gathering dust in the cabinet. “My” music is on my computer, or on my phone; I have a subscription to Pandora, it’s in the air. I have no idea who is responsible for a good 75% of “my” new music, even as I play it often. I see on i-Tunes, “if you like this, you might like that” —do I care what “that” is? At my desk, I look up occasionally, and note that one of the songs I like is by a group called the High Llamas. Who? Does it make any difference?

A musical friend recently put me in touch with The Needle Doctor, so that I could get my turntable, which had broken sometime in the early 90s, in working order. The part came in the mail with shocking speed. I opened the cabinet, blew off the dust and replaced the needle, while my highly tactile 6-year-old son watched, impatient to get his sticky little hands on the vinyl, the turntable, the record jacket, anything, really. No doubt, when he grows up, he will only have to think of a song and it will instantly play on the mind-activated speakers in his living room. When I pulled out all the records that I had spent so much time poring over and coloring on —stacks of the Beatles, the Beach Boys and yes, Bruce— my heart exploded in gladness. We got through a handful of my old favorite tracks on various albums, and then something happened, right in the midst of the life-changing guitar solo on “Sultans of Swing.” No sound. The needle was fine: the receiver broke! Will it take me another 25 years to get it fixed? Stay tuned…

Next up in this series: Death before Disco.

The after-life of rock stars

It is impossible to return to the music of one’s youth without considering the rock star’s “after-life,” once the band broke up, or the solo artist no longer commanded the spotlight. Post-hit rock stars intrigue me. How have they aged? How did they handle changes in the business? Did their music change or grow as styles changed? Did they develop themselves as people beyond the limelight? And, special extra credit for artists of the 1980s: how much do they regret their rampant use of synthesizers, such a telltale sign of the age now?

George Harrison (my first favorite Beatle) had many advantages in his after-life, among them, that he was young, just 27 when his “first” band ended. Not that the break up meant he was out of the spotlight, out of favor or on the skids. Harrison immediately launched a flourishing solo career; he had a stockpile of compositions vetoed by John Lennon and Paul McCartney for Beatles albums, all ready to go. After the Beatles, Harrison played and recorded with many, many other musicians, from Ravi Shankar to Doris Troy. In many ways, Harrison is the ultimate example of how a rock star can make a graceful transition in after-life. In subsequent years, he created the first-ever mega concert fundraiser for a cause, and successfully branched out into music production, film production, humanitarian work, political activism and gardening. And all of this was before the Traveling Wilburys.

To refresh your memory, this was a super-group of rock stars who pooled their collective talent and glamour on an album that became a multi-platinum success in the late 80s. And here’s a news hook: it has been eight years since the Deluxe Second Edition re-release of the 20th Anniversary Box Set of The Traveling Wilburys Collection!

A super-group is born

According to legend, Harrison had gathered a bunch of friends to knock off a track for the B-side of one of his Cloud Nine singles. His friends happened to be Roy Orbison, Bob Dylan, Tom Petty and Jeff Lynne of ELO. (If you are too young to know what a B-side is, or what ELO was, perhaps these meditations on mortality and time passing will not be so relevant to you.) The resulting song, “Handle With Care,” was too fabulous to waste as a B-side, so Harrison decided to get his friends together again to write a whole album in a friendly, collaborative environment. This all-star group hung out in the kitchen and garden of a borrowed house in Encino, CA; they wrote and recorded a song a day for nine days. All five frontmen wrote, sang, played and produced, apparently without ego issues, resulting in a batch of whimsical, catchy tunes that were released to great enthusiasm at the time. It revived everyone’s careers.

It’s hard to fathom, but by rock-n-roll standards, these guys were old in 1988.

Up next in this series: when the music of your youth no longer moves you.

Welcome to my new outpost on the web! For its origin story, click here.

Lord Macaulay once said that Seneca the Younger was easily quotable, but reading him straight through would be like "dining on nothing but anchovy sauce."

I agree! Thus I present some of the condensed wit and wisdom of Seneca, every Saturday. Click here.